The gallery organ was custom-designed for the new St Johns and dedicated with the church in March 1992. The organ builder, Knud Smenge, worked on the instrument in his North Melbourne and Healesville factories. It is in the style of an early 18th century north German organ, like those that the young J.S. Bach is known to have sought to hear and play. It has 23 stops over two manuals and pedals, mechanical action, and features a highly effective, well-balanced hauptwerk/rückpositiv arrangement. Full details of the instrument (and its predecessor in the old St Johns) are available here. 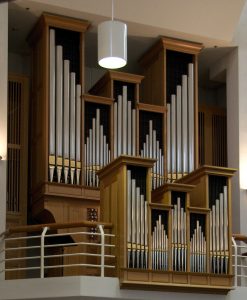 The chamber organ was also built by Knud Smenge (1996). St Johns acquired it in 2001.  It has 4-stops and serves particularly as a continuo organ for cantatas. An adjustable mechanical action permits it to play at modern pitch (a=440 Hz) and also the lower pitch (a=415 Hz) required for period instrument performances.  The red wood of its case is jarrah. One set of pipes is made of wood, and the three others are made of metal, giving its sound brightness and piquancy.

The concert harpsichord was hand-made by Melbourne builder Alastair McAllister in 2008 for the Melbourne Recital Centre, and by a serendipitous chain of events was acquired by the St Johns Southgate Bach Foundation in 2014. It is based on a 1642 Flemish instrument by Hans Moermans – the original is in the J. Rodger Mirrey collection in London. It has 2 manuals, three sets of strings (8’, 8’,4’), a buff stop, and transposes (a=415/440 Hz). Its current stand is a copy of the original, and the internal decoration features Flemish papers. An article about the harpsichord’s construction is found here. 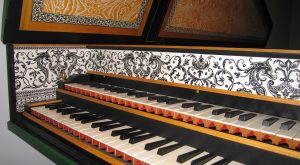 The St Johns grand piano is a Yamaha C7 (dated 1986, purchased in 1998). It is a well-maintained, concert-quality instrument and provides a wide dynamic range and dramatic presence in the St Johns nave. 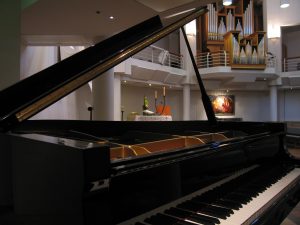 St Johns’ set of three baroque timpani (23”, 26” and 29” drums) were made by Lefima (Germany) and feature hand-beaten copper kettles and calf-skin heads. They were purchased in 2010/2013, celebrating the landmarks of the 100th cantata service and 100th different cantata presentation of the program. They provide a more percussive, articulated sound than modern timpani, which is appropriate for baroque music.

J.S. Bach was the most prolific composer for the oboe da caccia, a tenor oboe with a curved body and a bell like a hunting horn. About 30 vocal works call for this particular instrument specifically, sometimes in a pair, and in many more it can serve as the “taille” or tenor oboe. For a long time, just what an oboe da caccia was had been forgotten. Then, in the 1970s, two instruments were found in Scandinavian museums, built by J.H. Eichentopf in Leipzig in the early 1720s. St Johns owns a matched pair of very fine oboi da caccia based on these, made by Sand Dalton (Lopez Island, WA, USA) in 2008. 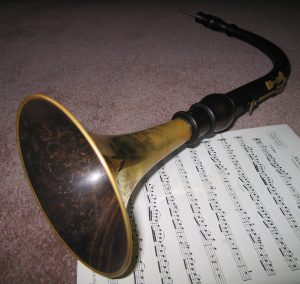 A cornetto is a renaissance instrument blown like a trumpet but fingered like a woodwind instrument. In many cantatas, Bach calls for the soprano line to be strengthen by a cornetto (“Zink” in German), and it is the soprano instrument when he calls for 4 trombones (“Posaunen” in German).  In 2011, from a generous donor, St Johns received two cornetti:  a cornetto curvo in boxwood (Christopher Monk workshop, London, circa 2002), and a cornetto diritto in pearwood (Moeck workshop, Germany, circa 2002) with an assortment of mouthpieces. 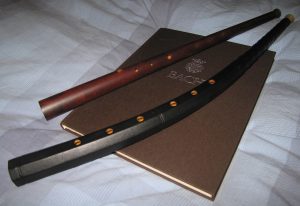 In just one cantata, BWV103, Bach wrote a virtuoso part for recorder, but not for the regular variety in f, but for a flauto piccolo, a soprano recorder in d, also known as a “sixth flute”. For the first performance of this cantata at St Johns in 2014, the St Johns Southgate Bach Foundation purchased this specialized recorder, made in the von Heune workshop (Boston, USA). It is a copy in boxwood of an ivory instrument by “Stanesby, Jr” in the Library of Congress collection. 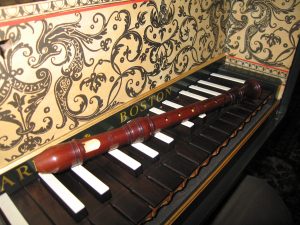